Every time two threads communicate asynchronously, chances are high that a queue is involved. Web servers like tomcat use queues to dispatch incoming requests to worker threads. Frameworks like Akka use queues for the communication of their actor classes.

We will look at the scalability of the following four queues, three bounded queues, and one unbounded queue:

When testing we need to decide in which state we want to test the queues. I opted for a test in a steady state. And to test the queues when they are only slightly filled. This avoids that the garbage collection falsifies the measured times. I use the following JMH benchmark:

Here are the results for Intel Xeon Platinum 8124M CPU @ 3.00GHz with two sockets with eighteen cores per socket and two hardware threads per core. I used Amazon Corretto 11 as JVM. I use a high delay for the consumer threads, 1024.

Now we use a much slower delay, 32, and repeat the benchmark. 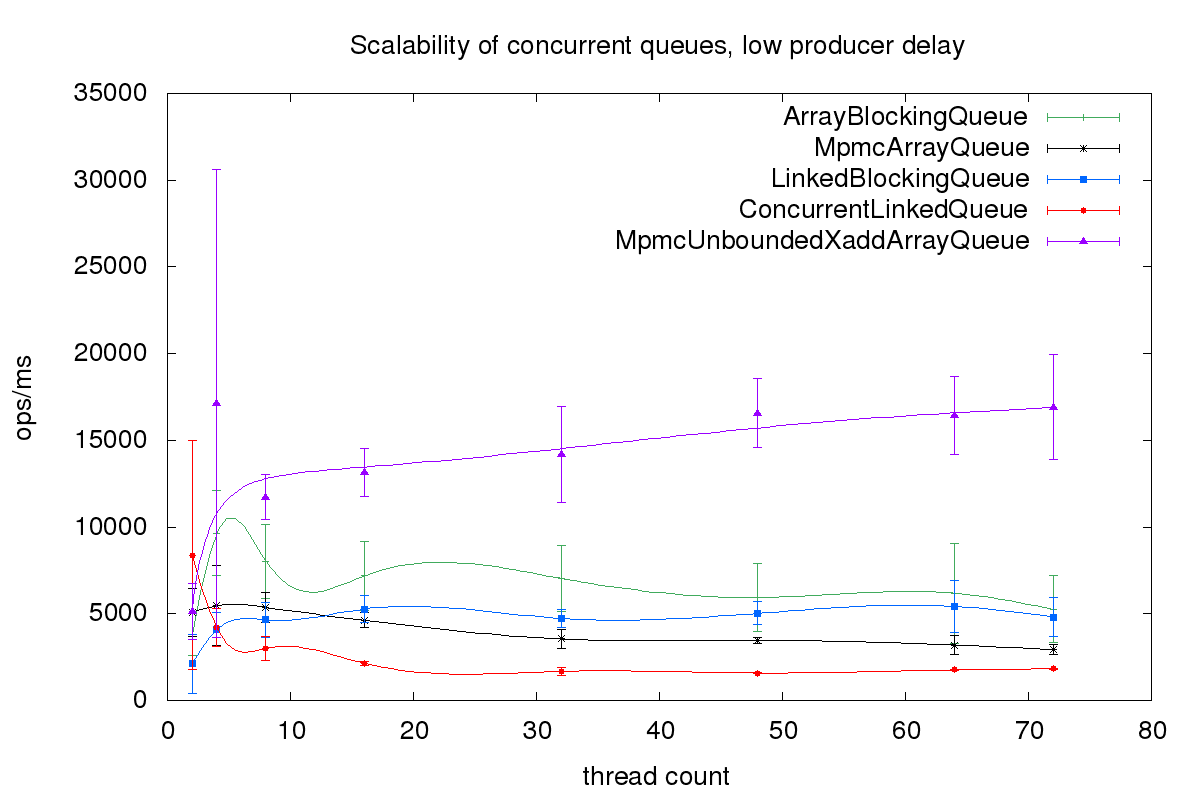 The first benchmark is more realistic. The producer threads normally do not only publish to the queue but also do some other work. In this benchmark, the lock-free queues outperform the lock-based queues.

You can download the source code from GitHub here and test the scalability in your production environment.

To scale queues is hard. Since they are first in first out all writing threads compete for the next position to write to. And all reading threads compete for the next element to read. But as long as the queue is not overloaded the lock-free queues using compare and swap outperform the lock-based queues. And the unbounded queue org.jctools.queues.MpmcUnboundedXaddArrayQueue outperforms all other queues, independent of the workload.